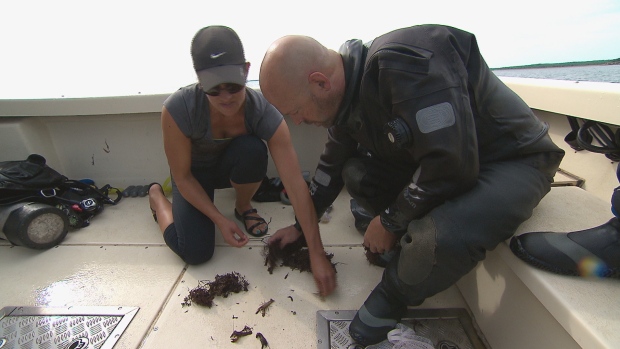 After years of tough times, it looks like revenues are trending to an all-time high for the Maritime lobster industry, says its union.

“In the last few years, we feel we’ve seen some historical highs in terms of catches,” said Christian Brun, head of the Maritime Fishermen’s Union.

But that’s probably not going to translate into lower prices.

At the Moncton Fish Market, lobster is selling at $14.50 a pound, which merchants say is actually slightly higher than in previous years.

“There’s a lot of lobster at the bottom, it’s literally crawling on the sea floor,” said Amélie Rondeau, a biologist in the lobster section of Fisheries and Oceans Canada.

Times haven’t always been good for the lobster population in the Southern Gulf of St. Lawrence, so having scientists say the species is in historically high abundance is not something to be taking lightly.

It’s a very different situation than that seen in some parts of the U.S., where scientists say the lobster population has shrunk to some of the lowest levels on record.

So why such a different story?

“Conservation measures that have been put in place lately, increase in carapace size, protecting big females that will produce more eggs, are definitely good for the recruitment of the stocks,” said Rondeau.

Conservation measures have made a big difference in protecting New Brunswick’s lobster population, but scientists feel there’s another piece to the puzzle — climate change.

Lobsters are very sensitive to temperatures, and scientists believe warming oceans may be forcing some to migrate north, with the Southern Gulf of St. Lawrence just the right spot.

Brun said the Maritime lobster industry went through a few difficult years when American markets were in crisis, but believes it is now stronger than ever.

“The prices went down tremendously for lobsters, and it created some new markets because prices were making these products more available. So all these people got used to eating lobster.”

Now, with the Canadian dollar low, the demand coming from the U.S. and other international markets is even higher.

“You’re seeing more people eating food that wasn’t available to some of these populations, in Asia and elsewhere around the world, that are interested or becoming interested because they were emerging countries and now they’re becoming developed countries with a large population that’s medium class.” 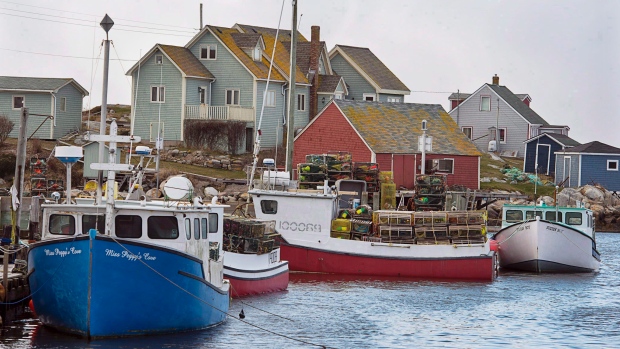 At the auto dealerships in southwestern Nova Scotia, it’s not unusual for a fisherman to mark the purchase of a new truck by presenting the successful salesperson with a fresh lobster.

Claude Bourgeois, sales manager at Tusket Ford, has been eating a lot of lobster lately.

“It’s hard to stay slim,” joked Bourgeois, who said sales in August were the highest they’ve been in six years — thanks to the booming lobster industry.

“We are definitely selling more trucks. It doesn’t matter if it’s us or Dodge or Chev. They all seem to be doing pretty well right now … There doesn’t seem to be as much price negotiations. The (fishermen) are buying high-end.”

And it’s not hard to see why.

The industry across the Maritimes moved into high gear last year, and has gained momentum since.

Amid growing demand for the tasty crustaceans, fishermen have been hauling in record catches that are commanding the highest prices in more than a decade.

Aside from $65,000 trucks, the fishermen are also buying new boats — if they can.

“The order books are full and many yards are booked for a couple of years out,” said Tim Edwards, executive director of the Nova Scotia Boat builders Association.

Part of the reason why boat builders can’t keep up is a growing demand for longer, wider, more complex boats, typically worth between $500,000 and $750,000.

The latest generation of vessels include so-called live wells designed to carry lobster in freshly circulated seawater. The tanks keep the lobsters healthy, which means they’re worth more at the dock. These fishing boats, which can travel farther and carry more, can’t be built fast enough, Edwards said.

“It’s a nice situation for the industry right now.”

The market for lobster has been getting a boost from the weak Canadian dollar, growing demand from China and a shift in consumer tastes toward processed meat in everything from lobster rolls to lobster macaroni and cheese.

And then there’s the “Beyoncé Bounce.”

In February, U.S.-based seafood chain Red Lobster said its sales surged 33 per cent on Super Bowl Sunday, a boost attributed to the Beyoncé song Formation, which alludes to her taking a man to Red Lobster after sex.

Lobsters are so hot they’re being stolen: A trailer loaded with frozen lobster was stolen from a processing plant in Grand Anse, N.B., in July, six months after more than 2,100 kilograms of premium-grade lobster were stolen from an ocean pen near Cape Sable Island, N.S.

In P.E.I., fishermen are getting about $6.75 a pound for fresh, market lobsters. That’s a long way from the $3 per pound they were getting during the global economic meltdown in 2008-09.

Earlier this spring, when supplies were running low, lobsters from P.E.I. were fetching $8.50 per pound at the wharf, said Craig Avery, president of the 1,300-member P.E.l. Fishermen’s association.

“All of those things are driving people to go out and get new equipment. They’re spending their money. Everybody is a winner.”

Avery, a lobster fisherman for 40 years, said the weak Canadian dollar has helped boost exports to the United States — where 80 per cent of Canada’s lobsters are sent — and a determined effort to entice Asian consumers is also paying off.

“Our association has spent a lot on marketing,” said Avery, who has been to China three times on trade missions.

“You’ve got over a billion people there. It’s really pushing up demand.”

Earlier this month, Prime Minister Justin Trudeau clutched an East Coast lobster for a photo op in China to promote the fact that the Alibaba Group — China’s online equivalent of Amazon.com — is now selling Canadian lobsters through its e-commerce website.

“China has been the main improvement in the market,” said Bernie Berry, president of the Coldwater Lobster Association.

However, there are storm clouds on the horizon, said Berry, whose group represents Lobster Fishing Area 34 (LFA 34) in southwestern Nova Scotia — the biggest producer of lobster in Canada.

Earlier this month, the European Union announced it would again review a proposal from Sweden to ban lobsters from the U.S. and Canada because they are considered an invasive species.

Canada and the U.S. typically export about 30 million pounds of live product to Europe every year, said Berry.

“God forbid if we lost that market,” he said. “Thirty-million pounds. You don’t just snap your fingers and relocate.”

Lobsters are ‘most lucrative’ fishery

The lobster business remains the most lucrative fishery in Canada, producing almost $1 billion in commercial landings in 2014.

The 10,000 licensed enterprises in Quebec and the Atlantic provinces employ about 30,000 harvesters.

In 2015, 82,700 tonnes of Canadian lobster was exported, generating $2.03 billion in revenue, according to federal figures.

Berry said the 950 lobster licence holders in LFA 34 are looking forward to a banner season, which opens next month in some areas.

The more than 3,000 fishermen and deckhands in the area scooped up about 60 million pounds of lobster last year at prices averaging between $6.60 and 6.70 per pound, generating about $400 million in landed value, he said.

“There’s a lot of new equipment and everything is busy, busy. The economy is healthy. That’s what we want. When fishermen make money, they spend it.” 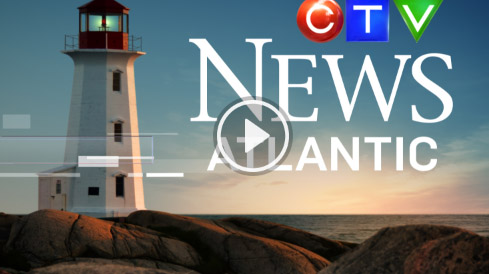 A new lobster season is underway in parts of the region and fishermen are anxiously waiting to find out what price their catch will fetch.